On the Tracks of the Bear - Level 1

Mini-treks on horseback and mini-bivouacs create this unrivalled happiness for our small aspiring trackers, who dream of bears and beautiful (...) Further Details

On the Tracks of the Bear - Level 1

Mini-treks on horseback and mini-bivouacs create this unrivalled happiness for our small aspiring trackers, who dream of bears and beautiful (...) Further Details

Do you want to know how to follow bears and find their tracks? Have you always dreamed of tracking a wild animal without disturbing it?Do you want to ride a horse in nature and spend a night under the stars?Your mission, should you choose to accept it, will be to conduct a field survey similar to that of a naturalist or biologist on the subject of animal tracking! 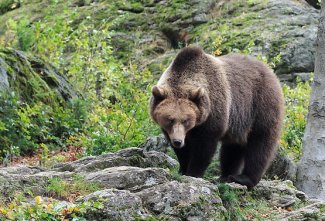 Known as the largest land mammal in France, the Ursus arctos is also one of the most threatened of all.

In just a few centuries, hunting and deforestation have decimated bear populations in the plains. Since the Middle Ages, the brown bear has only been found in the mountains of the East, South and Center of France.

Then, after seeing its population decline to its disappearance from the Vosges, Massif Central, Jura, and finally the Alps, by the 1990s, the bear population in France was limited to half a dozen bears in the Pyrenees. In 1996-1997, a population-building project was launched, and 3 Slovenian bears were relocated there. In 2006, 5 new Slovenian bears joined the previous ones, making the total number today reach 20 or so individuals in the Pyrenean massifs.

But the threats are far from gone; the breaking up and destruction of its habitat, disturbances from human activities, road traffic, poaching are just some of these...

The mountain, forest and open spaces are places of mystery and resources for all. The wildlife that inhabits them (from the smallest animal to the largest, from the fastest to the immobile) is very often disturbed or even driven away from these spaces by human activity. The intricacy of finding the right balance, as well as the need to safeguard this wealth will be better understood throughout this stay.

Understanding the terms and concepts of biodiversity, ecosystems, food chains, reproduction and territories, growth cycle, camouflage and other adaptations to the environment, or animal tracking techniques (photo traps, hair traps ...) will all be at the heart of the objectives of this trip!

Do you want to know more about wildlife monitoring techniques? Have you always dreamed of conducting a scientific expedition in the footsteps of an such an iconic and discreet animal...? 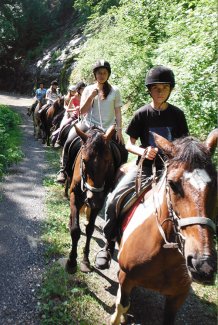 Your mission, should you choose to accept it: Conduct a field survey similar to that of a naturalist/biologist on the subject of animal tracking! After the initial stage, which is dedicated to the exploration of the subject, our companions - the horses - and the preparation of all the equipment, the team will then be able to immerse itself in its mission! In the field, according to the study areas and the most appropriate techniques vis-à-vis the ongoing problem in the evolution of the project, you will discover the following elements in the Pyrenees in France, and in the company of PANTHERA Expedition supervisors from the Kyrgyzstan stays (for more information, visit the description of the stay on our website):

* Use of photographic traps

* Transects and other methods of survey and monitoring

You will then together select an investigation subject and you will have the whole duration of the stay to develop your line of inquiry and to communicate your results and conclusions, which will be used for the following team to continue the investigations!

This trip, in the form of mini-treks on horseback in the Pyrenees, is for all age groups, with levels adapted to each group:

* for the youngest - as soon as they are passionate about nature and motivated to learn to ride, and to spend time with these dear companions, from a few hours a day to a full day

* for teens - as soon as they want to know more about this fabulous international adventure that is researched under the name of “PANTHERA Program” about the wolf, bear or lynx, but also the snow leopard under the framework of the expeditions that have been organized since 2006 by Objectif Sciences International in the Celestial Mountains of Asia (Himalaya) and carried out on horseback in a Kyrgyz nature reserve.

For the youngest, we will leave our base station which will be the camp centre to join the riding school nearby to get to know our horsey companions! Then, during our horseback riding, we will discover the great outdoors and the environment of the Pyrenean wildlife: desman, grouse (Tetraoninae), eagles, vultures, chamois, and of course bears!

We will regularly join privileged terrain areas where we will have opportunities to implement our techniques, methods, and animal tracking equipment. From, for example, following the footsteps of animals in search of strategic locations for the positioning of cameras with automatic triggering allowing the observation of discrete animals ... to creating a look as mimetic possible to the environment to allow us to use binoculars and spotting scopes at sunrise ... Depending on the weather, we can even spend a night in bivouac (tent or shelter), cradled by the illustrious history of the Pyrenean heights!

For older children, our mission will be in the form of roaming for several days on horseback (with bivouacs in tents and shelters)! We will implement animal monitoring protocols, try experimentation, seek to answer our questions by practice, meet specialists and local actors ... Then our evenings, on the lookout for the slightest sound of nature, may end with starry vigils where the constellations tell us their secrets ...

This trip is part of the PANTHERA Research Program Research Program Collaborate with scientific organizations. Actively take part in participative science research programs. All this is possible with our plankton discovery sailing expedition. by the NGO Objectif Sciences International, which consists of testing and gathering a maximum number of winning solutions for better non-invasive animal monitoring and protection of biodiversity.   Here is the opportunity to experience a real adventure ... a scientific expedition team and on horseback ... following the footsteps of, among others, the bear of the Pyrenees! 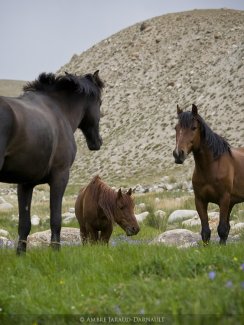 Raising awareness of young people to the stakes of our study and the protection of biodiversity, all done by scientific learning, seems today to be one of the major assets of gaining a better respect of our environment that is necessary to all life…   Inform, Educate and Act will be the watchwords of our goals!

Starting with sensory approaches and leading to scientific and technical experimentation approaches, animal monitoring is a broad theme, allowing us to approach this orientation in a field (cartography, localization, GIS) that is as much biology (fauna, flora and fauna, behaviors, reproduction, adaptations, biotope), as monitoring methods (techniques, innovations), or the energy management/autonomy of electrical equipment, all of which are parameters that should not be neglected during field studies in the context of scientific expeditions ...! It is therefore on the basis of adventures and scientific research Scientific Research Participate in scientific research research programs. Help advance research on oceans to help us understand them better. Do this on our nature courses on dolphins and whales. that we will bring young people to discover and understand nature and its riches, as well as the issues of its protection/preservation.

* Level 1 stays: initiation and discovery of the wild animals in question, familiarization with the approach of animal tracking and techniques, beginners on horseback: walk between one - three hours

* Level 2 stays: a deepening of the approach to “animal tracking” and its techniques, discovery of the concept of scientific expeditions, a little more experienced on horseback: from half a day to two days roaming on horseback

* Level 3 stays: experiments, implementation of protocols, validation of the methods proposed by the other stays, treatment of monitoring data, Geographic Information System (GIS), contribution to the publication of articles, experienced on horseback: several days of roaming

Through these stays, the teaching team of the NGO wishes to give the participants the building blocks of the scientific process to allow them to build up their knowledge. Each idea is thus recorded, each discovery published. Our participants leave with a field notebook, where sketches and records are recorded to interpret the results found. This approach and the follow-up of the adventure are regularly shared (depending on the logistical possibilities of the team) by updating a logbook - a real publication of the team’s work and available to everyone and anyone. You will be able to benefit from the stories of the participants, the photos they have taken and will be able to print it later to create a real memory.   Signed, the teaching team. 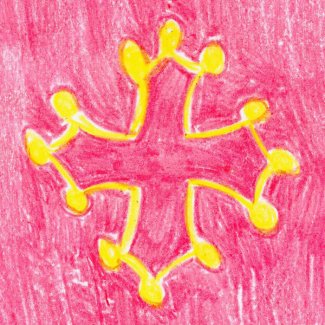